Freaking out that your star sign has changed? Us too! If you’re anything like us, we like to keep up to date with our horoscopes religiously. We like to blame everything on a good retrograde or planetary shift. From our dramatic change of moods, to whether we should hit the town with the girls or not, there is no monthly round up we can’t adapt to fit in with certain aspect of our everyday lives and happenings.

If you live and breathe your zodiac sign and everything it stands for, here’s what you need to know about the shift.

Well thanks to research that's surfaced from NASA, every single star sign has changed by date, and there’s even a new sign added into the mix too – Ophiuchus. Just in case the happenings of 2020 weren’t quite enough. The stars have shifted, and the earth has wobbled (in more ways than one) which consequently means that there are now 13 star signs and a big shake up of dates.

NASA stated: “When the Babylonians first invented the 12 signs of zodiac, a birthday between about July 23 and August 22 meant being born under the constellation Leo. Now, 3,000 years later, the sky has shifted because Earth's axis (North Pole) doesn't point in quite the same direction.

Now Mimi's August 4 birthday would mean she was born "under the sign" of Cancer (one constellation "earlier"), not Leo.”

To read the full explanation, you can click here.

If you’re as shook as we are at this new zodiac bomb that’s been dropped, you can just pretend that nothings changed if you refuse to believe that you’re not a fierce Leo, or playful Gemini at heart.

If you simply can’t ignore this news, then fear not as we’ll be back with our brand new horoscopes at the end of the month, explaining what’s changed and what’s to come for you and your potential new sign! 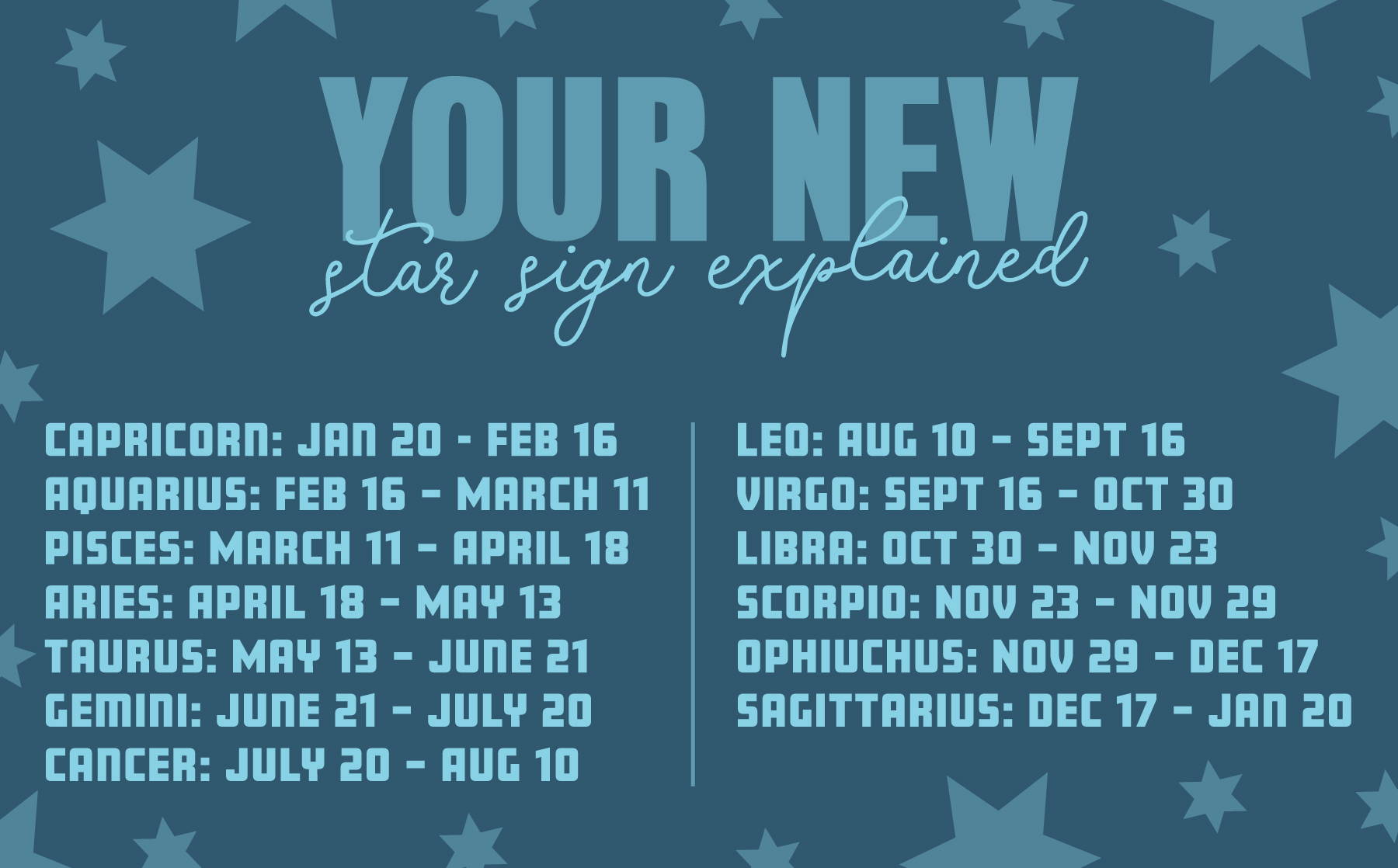 I’m now an Ophiuchus, what does this mean?

If you’re born between November 29th – 17th December then you are now defined as an Ophiuchus. Although you may feel like a born Sagittarius, fear not, as your new sign shares many of the same characteristics. People with its sign are described as healers, light-bearers and set to do well in life. So it’s not all bad!